A new Atlas of the Centipedes of Britain and Ireland has recently been published, the result of many years of work by both amateur and professional recorders in the Centipede Recording Scheme under the auspices of the British Myriapod and Isopod Group (BMIG).

The atlas was compiled by A D (Tony) Barber with help from the Biological Records Centre at the UK Centre for Ecology & Hydrology. But, as Tony tells us,

“This atlas involved many people and local record centres contributing large numbers of records and specimens over many years and, in that sense, at least, they are the real authors.”

There are around 50 species of centipede reliably recorded in Britain, all of which are included in the new publication with hectad (10x10km square) distribution maps. From its inception, the Centipede Recording Scheme (and those for millipedes and woodlice) made an effort to collect habitat details in addition to recording presence, and this information is also presented within the Atlas, along with general and historical comments.

The atlas can be ordered via all good bookshops or purchased directly from the Field Studies Council. 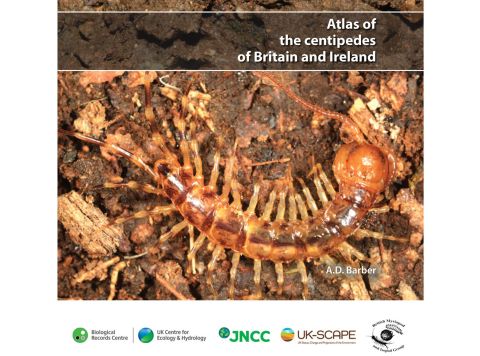 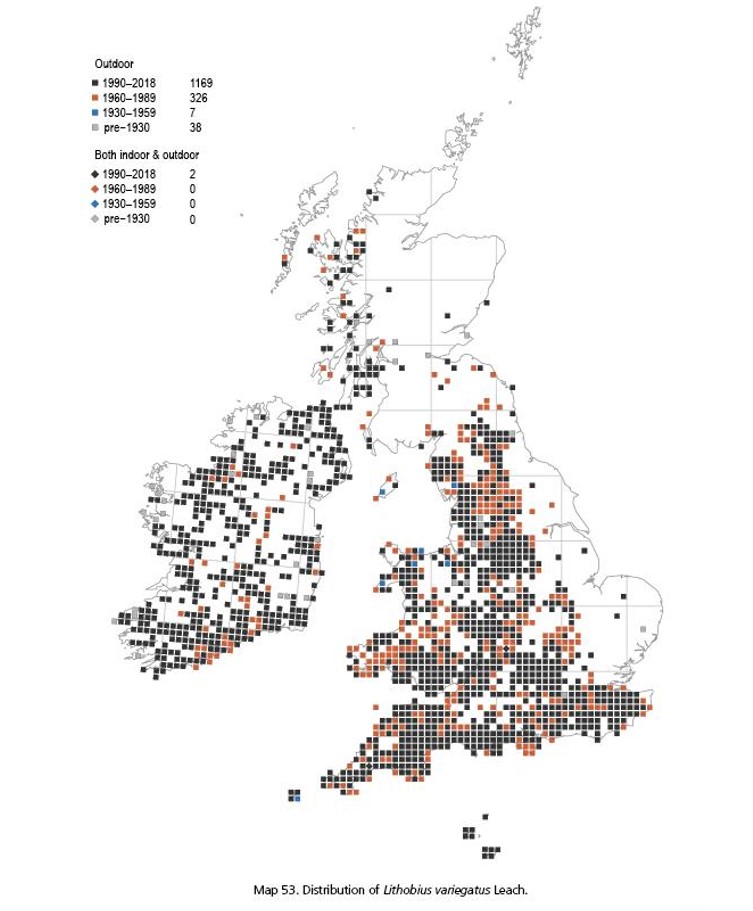 The British Myriapod and Isopod Group is responsible for the recording schemes for centipedes, millipedes and terrestrial and littoral isopods in co-operation with UKCEH. Visit their website for photographs, details of publications (Bulletin, Newsletters) and other activities including annual and other field meetings. Validation of species identification is also possible through BMIG.