A Time Before BRC

Natural history societies began to form as early as the mid 18th and throughout the 19th century. Initially, memberships mainly comprised well educated men, but by the mid 19th century women were increasingly involved. Some societies, particularly in cities, were associated with movements for the education of adults from less privileged backgrounds. The identification of species and documenting their distribution became important to many societies, often using the Watsonian vice-counties for such records. By the early 20th century most local and national societies had a healthy mix of both self-educated and academically qualified members, which continues to the present day.

Towards a National System

The Central Committee, formed in 1904 could have led to some coordination of biological recording, at least for plants. This was not followed up, in part due to World War I. Subsequent proposals for a national atlas, which would have included species distributions, later succumbed to World War II. Although a conference of the British Association in 1947 considered a proposal to produce “basic maps for the plotting, classification and correlation of natural history records”, no action was taken. A key member of this group of academics, Sir Arthur Tansley, recognised the potential role of amateurs, and stated that their “acquaintance with their local floras is absolutely unequalled”.

The resolution at the BSBI conference in 1950 to map the British (and Irish) flora resulted from a happy convergence of several inter-related factors [See below]. With funding from the Nuffield Foundation, and later from the Nature Conservancy, the Atlas of the British Flora project was launched in April 1954. Building on ideas and methods proposed and tested in the UK and in Europe over the previous 50 years the atlas aimed to record, and map, each species of vascular plant in the 10km squares of the Ordnance Survey National Grid. Perhaps the most critical aspect of the project was the adoption of data processing equipment using punched cards. This enabled 1.5 million records to be sorted and mapped mechanically and the use of information technology became integral to biological recording. It was from these origins that BRC was established in 1964 with Franklyn Perring as head.

The father of recording – John Ray

Although our ancient and medieval ancestors would have recognised plant and animal species of practical relevance to them, the recording of plants, birds and fishes out of intrinsic interest had become well established by the 17th century, mainly among educated and influential men. The Essex naturalist John Ray drew on their interest in plants for the Catalogus, effectively forming a recording community with his friends. As the Linnean system of species nomenclature became rapidly adopted internationally and, with advances in printing technology, the study and sharing of species information became possible for many people.

People and factors leading to the BSBI Atlas project 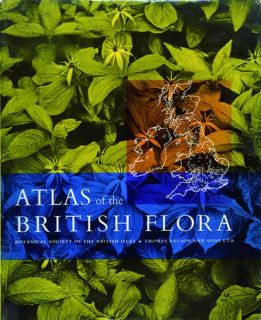