In addition to the vital partnerships with national recording schemes detailed in the previous section ‘Developing BRC’, close collaboration with other organisations has been a major theme throughout the 50-year history of BRC. Hosted within the Centre for Ecology & Hydrology, BRC has benefited from a strong partnership between the research community (through CEH, its parent body NERC and other academic organisations) and statutory conservation bodies (through the Joint Nature Conservation Committee and associated bodies).

BRC has played a pivotal role within networks that foster collaborations between the biological recording community and users of species data. BRC helped to establish and support the National Forum for Biological Recording and had a leading role in both the Co-ordinating Commission for Biological Recording report and UK Biodiversity Action Plan. The establishment of the National Biodiversity Network (NBN) in 2000 was a notable achievement for the recording community; BRC was instrumental in its inception and continues to have a major role within the NBN. 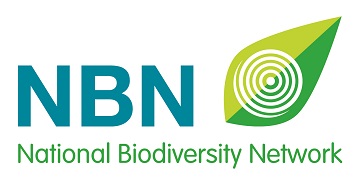 NBN is a partnership of organisations who gather, use and share biological records. BRC has been a major contributor to the NBN since its formation in 1997. 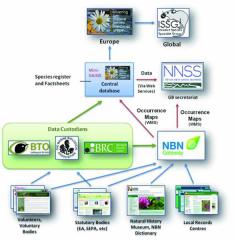 Interactions between the GB-NNSIP and the wider community engaged in monitoring and surveillance of non-native species. Distributional data are collated from various organisations and bodies (national schemes and societies, - including project collaborators BSBI, BTO and MBA - statutory bodies and Local Records Centres) through the NBN Atlas. 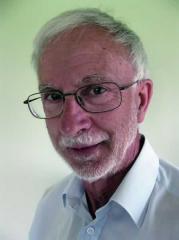 Paul Harding has been a key figure in the development of BRC’s wider partnerships with the biological recording community. As head of BRC between 1982 and 2003, he was at the forefront of
development of the National Forum for Biological Recording in 1987 and the NBN partnership in 1997, and continues to be actively involved with both organisations. His contribution was given national recognition in 2001 when he was appointed MBE.

It is a major challenge to ensure that partnerships between volunteer-based organizations and end-users of data continue to flourish. BRC’s close working relationship with recording organisations, together with links to researchers, conservation bodies and other users of recording data gives us a unique role in helping to support and develop biological recording for future challenges.